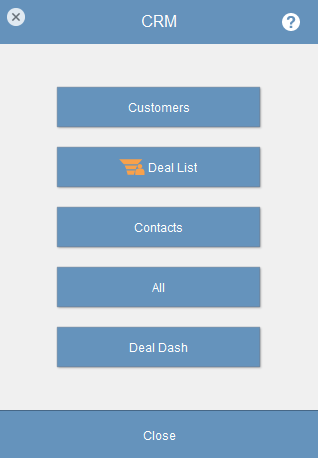 The purpose of Deal’s in iPoint is to help track the sales pipeline for your company.

Click on the CRM module and choose the Deal Dash option to access the pipeline reports. This button opens a new window that can display several graphical charts showing all the deals in iPoint.

Remember that the Deal Dashboard might have a different name if your system administrator has given Deals another term in the Settings module. The charts on the dashboard are user-specific. So each of your users can customize their dashboard to the information they want to see. 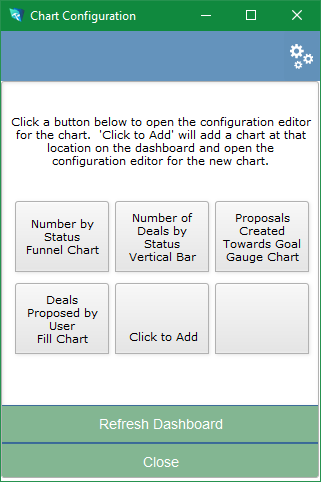 On the Deal Dashboard, click on the Options button in the top right corner to open the Chart Configuration window.

Click the Refresh button to update the dashboard with the changes made on the Chart Configuration window.

Click the Close button to close the Chart Configuration window.

All graphs have six variables:

There are eight graphs to choose from:

Here is a sample of each of the chart types available.